Andrew Slaughter Labour, Hammersmith
To ask the Secretary of State for Justice, with reference to the Answer of 14 April 2016 to Question 33365, on interpreters, what the value was of each of the 44 service credits imposed on Capita; and what amount Capita was paid in each month in which service credits were imposed.

Shailesh Vara The Parliamentary Under-Secretary of State for Justice, The Parliamentary Under-Secretary of State for Work and Pensions
Since we introduced a new interpreting contract in 2012 we have incurred an estimated £38m less expenditure than we would have done under historic arrangements.
The most recent published performance figures show the successful completion of service requests to be at their highest level, and the number of complaints at their lowest, since the contract began. This information can be located at:
https://www.gov.uk/government/statistics/statistics-on-the-use-of-language-services-in-courts-and-tribunals-january-2012-december-2013
The table below sets out the value of the service credits paid by Capita-TI and the corresponding contractual payment made to Capita-TI for each of the months in which a service credit was recovered. 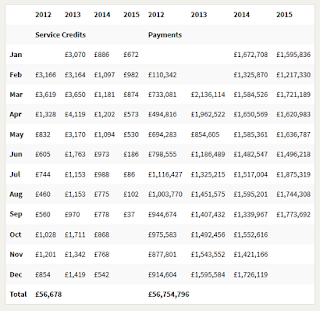 The requirement for language services is currently being retendered in order to replace the current contract with Capita-TI which expires in October 2016. The new contracts contain improved key performance indicators and more robust contractual remedies, including liquidated damages, for service failures.


Change of plea in Guildford sex assault case after interpreter error
A man accused of two sex attacks in Guildford has changed his plea in relation to one of the allegations.
Cirilio Marciano Dos Santos, 23, of Barrack Road, Guildford, pleaded guilty earlier this month to a charge of sexual assault following an incident at Guildford railway station on May 3, 2015.
However, at Guildford Crown Court on Monday (June 27), he changed his plea to not guilty.
James Bloomer, defending, said his client had mistakenly admitted the alleged offence two weeks ago because he was unable to understand his Indonesian interpreter.
Mr Dos Santos’s trial, which was due to start this week, has been postponed until August 8 to enable an interpreter specialising in the defendant’s East Timor dialect to be hired.
Mr Bloomer said at the previous hearing, the interpreter on that occasion had spoken a different dialect to that of Mr Dos Santos.
“My client had difficulty understanding," he said. "It was a language with which he is not familiar."
Mr Dos Santos has previously denied a second count of assault by penetration relating to an incident in the alleyway between Woodbridge Road and Woodbridge Meadows on June 29 last year.
Posted by PIA at 23:00 No comments: